A 2D RPG packed with adventure 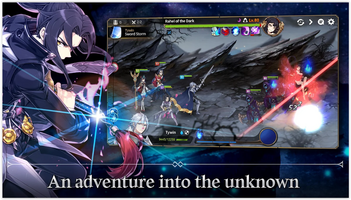 Advertisement
Embark on thrilling adventures with all kinds of characters -and meet new ones along the way- in the RPG Epic Seven. In this game, each and every character has a secret skill that will help you fight and win battles.

Epic Seven has a vast fantasy world, outstanding graphics, and an interesting storyline that gradually unfolds through 2D cutscenes. As each detail is revealed, you’ll be immersed deeper and deeper in the story.

On top of that, Epic Seven has intuitive controls that make each battle even more fun. During battles, keep an eye on the available attacks, which are shown on the right side of the screen. Tap on an attack, and your characters will use it on your enemies. As the battle progresses, watch your enemy’s health points to get an idea if you're about to win. As well as attack with individual characters, you can also join forces with new ones to create a more powerful team. Along the way make sure to unlock new powers and evolve your warriors so you can keep progressing through the game.

Without a doubt, Epic Seven is an attractive RPG. Its dynamic online battles, entrancing story, and eye-catching graphics will keep you hooked as you fight to conquer this world of fantasy.

Why is this app published on Uptodown?
(More information)

Download the patch but it is not in Spanish, how to use it? NO install? Because I already installed it, uninstalled it and it continues in English n n

Genshin Impact
An open-world RPG with spectacular graphics
Brawl Stars
3-on-3 battles from the creators of Clash Royale and Clash of Clans
FNaF World
An RPG protagonized by the Five Nights at Freddy's characters
League of Legends: Wild Rift
The MOBA king deploys its arsenal on Android

Fashion Empire
Manage luxury fashion boutiques in this game!
Cookie Run Kingdom
The sweetest kingdom is back
LifeAfter (Global)
Cling to life in a hostile world

Vampire's Fall: Origins
Will you be the hero that the world needs?